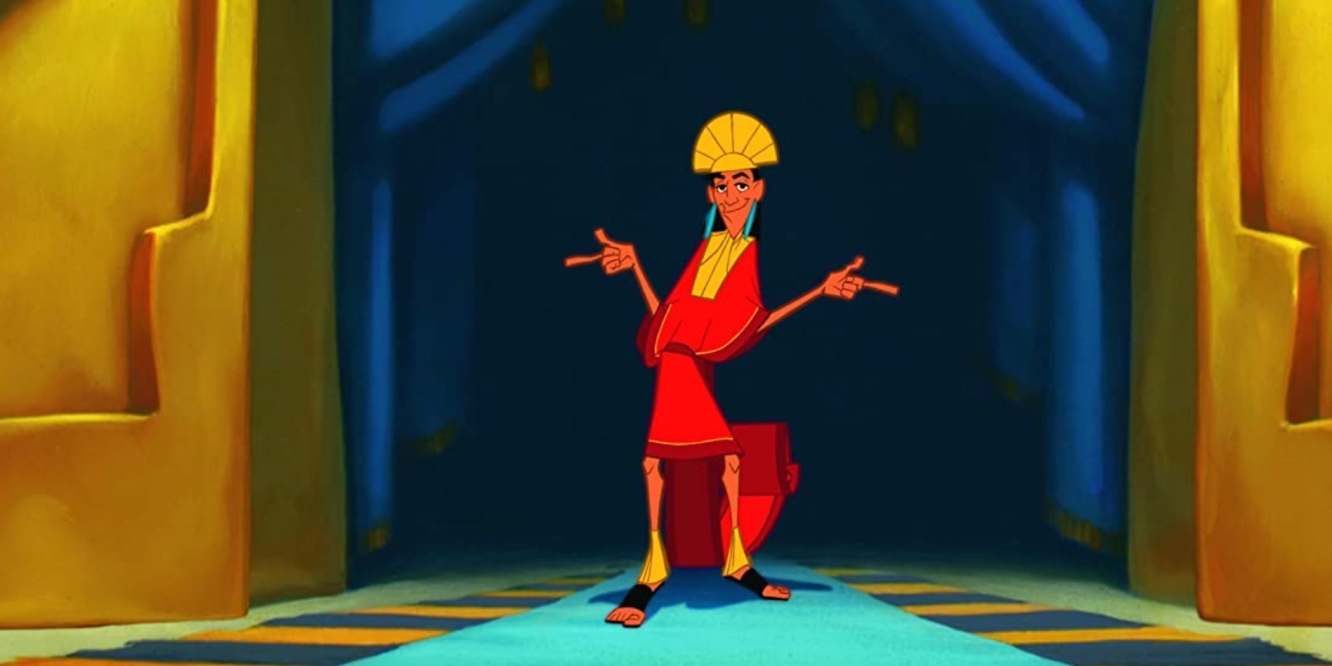 It sounds a little far-fetched. It seems outlandish. How would an Incan emperor, a Norse demigod, and a hotshot racing superstar have anything in common except all of them being under the Disney umbrella? Well, you can look past the physical attributes. I have found over the years that the similarities lie from within. In the films, all three of these characters are well known to a certain degree in the worlds they inhabit. From a certain point of view, they are lauded beyond reason. They possess wealth and power and influence. But they act only in the interest of themselves and lack any insight to think selflessly.

Their actions cause a breaking point that results in their exile or banishment from their high society life. They must deal with the aftermath, survive in their current predicament and surround themselves with people who live very differently from what they’re accustomed to. In each of these films, there is a sense of humility and inner peace allowing the main character to reach fulfillment they never imagined and are forever changed.

Kuzco from the 2000 film The Emperor’s New Groove is an egotistical and selfish man of royalty about to celebrate his 18th birthday. It does not take much to dislike him despite his catchy theme music and dance number. He throws a man out a window for throwing off his groove and rejects several romantic candidates with harmful vernacular. Oh, and we can’t forget firing his hardworking yet morally compromised adviser Yzma. He banished Paacha, a hardworking husband and father from his home so he can build his summer paradise Kuzcotopia. Yzma plans to kill Kuzco so she can rule in his place. However, her kind-hearted yet bumbling assistant Kronk, the plan fails and Kuzco is turned into a llama. Kuzco ends up running into the Paacha, the man he mistreated earlier, and they are forced to team up and take back his throne from falling into the hands of Yzma.

Early on, we see Kuzco’s selfish desire effect on Yzma and Paacha. They don’t see him worthy of the throne. Yzma is a reflection of what happens when selfish nature runs amok. A truly dystopian future for the kingdom. But Paacha is a great example of what happens when you truly put others over yourself. Paacha is a loving father and husband to a kind woman and children who were bitten by the energizer bunny at an early age. (working theory) Paacha’s family doesn’t have much but they are fulfilled in the matters of family. Kuzco reluctantly works with Paacha but comes to embrace what he has been missing out on for most of his life and what his life could be like if he changes his selfish ways.

2006 saw the debut of Lightning McQueen in the hit Pixar film Cars. McQueen is a hotshot rookie sensation racer who is determined to win Piston Cup at any cost. He is talented and lives by his mantra

Okay, here we go. Focus. Speed. I am speed. One winner, forty-two losers. I eat losers for breakfast……. No, no, no, focus. Speed. Faster than fast, quicker than quick. I am Lightning.

He just needs to rematch his rivals after a three-way tie. The only problem is that he doesn’t treat his pit crew and with any respect causing them to resign. He also fires his crew chiefs for no reason. His driving assistant Mack is overworked which leads him to accidentally strand McQueen in the rundown desert town of Radiator Springs. His impatience results in him damaging part of the town. He is forced to help fix the town for him to leave. McQueen reluctantly helps fix the town and comes to like the residents while learning about the diamond town in the rough.

It is quite bittersweet to see McQueen witness the amount of love, compassion, and loyalty the citizens of Radiator Springs have. The town has fallen on hard times since a new highway has diverted business. How poetic that a celebrity lands on their doorstep and McQueen meets former racing legend, Doc Hudson. McQueen gets to see how fulfilling life is when you care about those around you and the fun-loving backward expert Mater drives that point home. Okay, and Sally Carerra. He truly learns the art of racing from Doc Hudson and his world opens up to the possibilities. He not only wins the race but can help the struggling town rise from obscurity.

2011 saw the release of Thor in the first phase of the Marvel Cinematic Universe. Thor is the god of thunder. He was born into royalty wielding a mighty hammer born from the heart of a dying star. He loves the thrill of battle and his adrenaline junkie sensibilities are cranked up way too high. He is about to be crowned king when an attack prompts Thor to attack an enemy without any cause for diplomacy, almost getting his friend killed and nearly starting a war. Thor is stripped of his powers and banished to earth unless he can prove himself worthy once more.

On Earth, Thor meets an astrophysicist named Jane Foster who’s pursuing many otherworldly scientific mysteries. She perseveres despite several roadblocks. Thor learns to assimilate with humans and their nature and customs. Luckily Darcy Lewis and Eric Selvig make the human experience quite pleasant. He learns that his actions have caused his mother distress. Loki takes the throne only to find out family secrets and watching Thor squander his power and influence drove Loki to madness. One of the most emotional scenes in the film is when Thor fails to lift the hammer which has landed on earth and the despair is heart-wrenching. Thor learns what his life had to lead to and Foster shows Thor turning over a new leaf. He even makes the ultimate sacrifice which allows him to restore his worth once and for all.

It was quite a profound moment when I realized how similar these three characters were. There is something poetic about that classic redemption story of a man who goes from living selfishly to living life selflessly. In a world where two types of these people live among us, I am glad I get to see the latter make their mark on the world.

“Look for the helpers. You will always find people who are helping.”