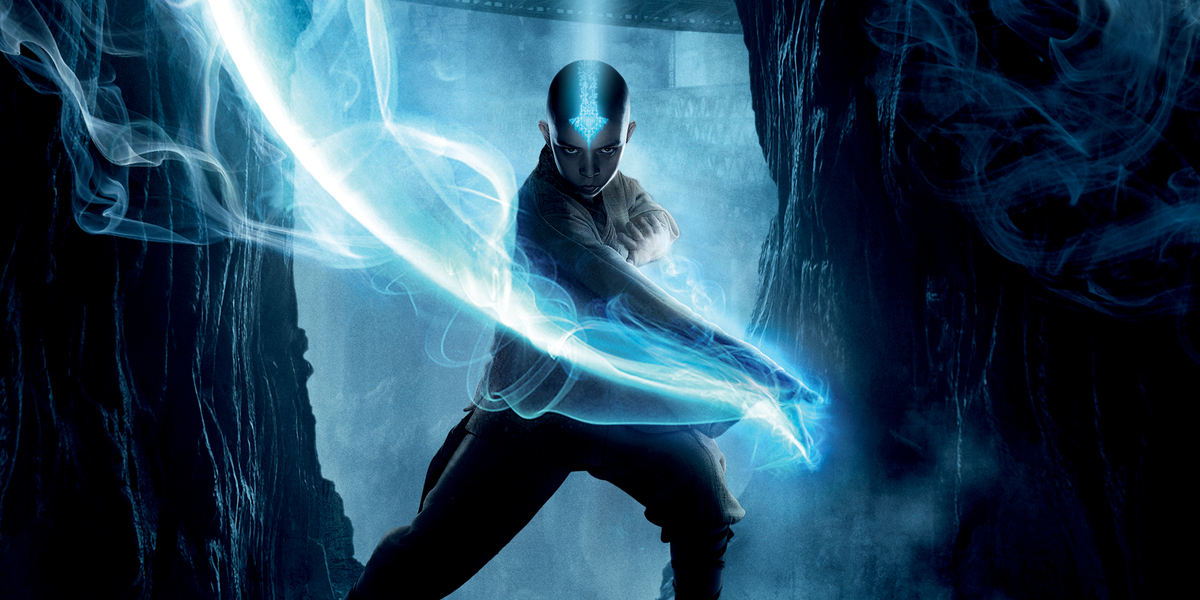 On July 1, 2010, The Last Airbender burst into theaters. Over the years, I have brought up the film in conversation, and people’s eyes roll in either anger, sadness, disdain, disgust, evil maniacal laughter, and so on. If you were fans of the highly acclaimed series created by Rhode Island School of Design Alumni Michael Dante Dimartino and Bryan Konitezko, then you know how much of a train wreck this movie was to many. I enjoyed this film, and I will admit that. I saw it twice in theaters.

I can also admit that there were many issues with The Last Airbender. However, I want to point out that I am not here to bash this film. I am here to reveal my journey and some insights I have learned over the years, from the announcement of the movie in 2007, to the trailer reveals in 2009, the hype buildup, the “possible resurgence” of director M. Night Shyamalan, the backlash, the critics, fallout, and the aftermath.

I love Avatar: The Last Airbender, and I was so happy when it was announced a live-action film based on the series was in development. To witness the characters I have grown attached to, the storytelling, the riveting visuals on the big screen with the wonders of the evolution of special and visual effects, it was sure to be a cinematic experience.

The film ended up falling faster than the Southern Air Temple. It sounds morbid for the fans who get the reference, but it was quite crushing. I wanted to know why the film suffered so badly at the box office and, even more, why the critics hated it so much. I learned a lot over the years, and it has opened my eyes to the world of filmmaking and how Hollywood functions.

I’ll start with the casting controversy. Caucasian actors Jackson Rathbone, Nicola Peltz, and Noah Ringer nabbed the lead roles in a film where the source material deals with Eastern Asian influences like the concept of bending, the Buddhist philosophies, etc. This is a great opportunity to hire some unknown Asian actors to the Hollywood scene, which would, in turn, be faithful to the source material. Not doing this affected the fan base and affected the film critics, which played a factor in the film’s demise.

However, the TV show deals with the four nations. Each of them with a vastly different culture. What is the best way to display that in the modern era? According to Shyamalan, the answer is four different races. Water Nation is white. Earth Nation is black and Asian. Air Nation is mixed, and Fire Nation is Middle Eastern and Indian. Shyamalan mentioned in the television series that the characters’ skin tones were ambiguous. When I watched Avatar: The Last Airbender, I loved the Asian influences so beautifully portrayed throughout the series, but I couldn’t tell if Sokka, Katara, or Aang were white, Hispanic, black, etc. I could see myself in these characters. The voice actors hired for the main trio cast were all white. While there was some justifiable controversy around this, it was much quieter than the storm that hit following the live-action film’s debut and the initial casting announcements.

After the release of Crazy Rich Asians, and by extension Black Panther which featured an all-Black cast, I am convinced now more than ever an all-Asian cast for The Last Airbender should have happened and was a missed opportunity.

THE HYPE WAS REAL

I didn’t pay attention to the film’s production until after the epic Superbowl TV spot in 2010. I was genuinely excited when the trailer played before Transformers: Revenge of the Fallen back in the summer of 2009 in theaters. I should have realized what the film was based on the amazing opening narration, but it wasn’t until the hooded boy extinguished the candles with his staff and revealed the arrow on the back of his head that I realized what this was. James Newton Howard’s score then played over the action onscreen.

If you ask anyone and search through the ocean of comments, the score was the film’s saving grace. The hype for The Last Airbender was electric. After The Village, The Lady in the Water, and The Happening, this would be a new frontier for Shyamalan, his first big-budget film and the start of a great franchise enjoyed by many non-fans and fans of the Nickelodeon-owned mythology from the minds of DiMartino and Konitzko.

On the eve of the film’s release, it was all whisked away.

THE TRUTH IS OUT THERE

I was shocked when the film was revealed to be 1 hour and 43 minutes. Without the credits, it is 1 hour and 33 minutes. Based on what I know from the first season, which the film is loosely based on, it should have been a two-hour epic. There were so many key storylines from the discovery of Aang, the fate of his people, Katara’s necklace, the introduction of the Kyoshi warriors, the inevitable Sozin’s Comet….. you get it. When I watched the film, many scenes felt incomplete. There were countless opportunities for character development and enriching the story.. but many of those moments fell flat.

At the time, someone had sent me a video that summarizes The Last Airbender was supposed to be longer than originally intended. Usually, a film has to be cut down because certain scenes and moments don’t fit the film tonally or stop the plot and story short. It makes sense, except several key shots from the trailers and TV spots do not appear in the movie. I read the novelization and watched the extras from the DVD/ Blu-ray combo. I was mesmerized by the filmmaking process, and it warmed my heart to see the cast and crew excited to be making this film and putting 100% into it.

So why was the finished product lackluster?

I noticed that there were many shots from behind the scenes of the film and key passages cut from the film. It struck me as odd. Upon further study, this fan video expressed that the movie was cut down for a more efficient runtime since it was considered a kids movie. The higher-ups in the studio didn’t understand that while Airbender is an anime-influenced cartoon, the story, characters, actions, and visuals feel like an epic like Narnia, Harry Potter, etc. It was also explained that a decision was made early on to convert to 3D later on in production, and further cuts of the film had to make and some reshoots to be done as well. The narration was ultimately pointless and felt rushed. Many of the creative changes made drastically altered the film’s success and respect for the source material. For Shyamalan, who is a fan of the show, I felt for him. He also had to answer for all of the decisions without disrespecting his employers. I credit the creator of this video for expertly crafting an argument for why the film lacked substance without ranting.

AFTERMATH, DEMISE, AND HOPE OH MY!

My final piece to this retrospective is the creators themselves. How do DiMartino and Konitzko fit into all of this? Did anyone notice they were executive producers on this film? Years later, Dev Patel, who played Zuko, spoke honestly about how tough it was working on this film and how it affected him as an actor after the acclaim of Slumdog Millionaire. The creators were invited to a Nerdist Podcast, and they spoke candidly about the film process. You can feel their frustration, but you have to admire how poised they are. At the time, they had no intention to get a film made for their TV show. Avatar aired on Nickelodeon, which Viacom owns. Paramount Pictures owns Viacom. The film was announced in 2007, and the TV show was still in production. They own the show, so, despite the creators going against it, they had to get used to it. I feel bad when I think back to that interview between the director and the creators on the Book Two DVD. The excerpt from the podcast deals with showing their support and holding onto many silver linings, and then the support train floated away. It was quite a compelling story.

I love Paramount. They have made some great films over 100 years in their cinematic existence. But there are creative decisions that are made that seem to serve the film, and they hope it works out from a business perspective and it falls flat. The Amazing Spider-Man 2 is a perfect example. In other instances, just look at the Marvel Cinematic Universe. Sometimes it sort of works. If the studio had taken a look at what made Avatar TV gold, they would have thought twice, but after all these years, it has taught me how the movie business is not easy. It is not always fair; the film critics can sometimes decide the fate of a film or an actor’s career.

I wanted this film to succeed, but I am at peace knowing a sequel won’t get made, and I learned a lot about how a film gets made and how the genesis and the finish line can be a glorious victory or a gut-wrenching defeat. I will end on this. I understand the value of smaller budget films and why they get more praise at awards season. Let that sink in. Thanks to all who read my dramatic and somewhat nerdy, heartfelt, non-Shakespearean monologue of The Last Airbender.

In case you missed it

M Night interview during season 2 of Avatar: The Last Airbender

Mike and Bryan talk about the movie