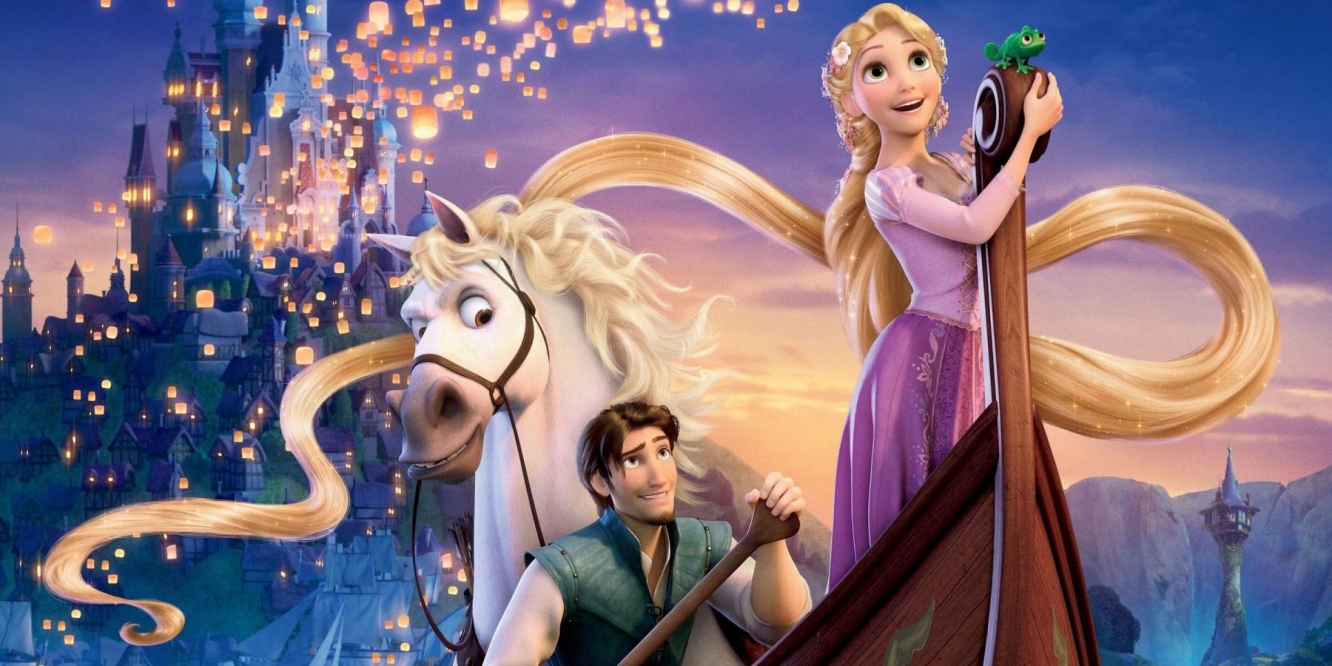 I can’t believe it’s been over ten years since this 50th animated feature from Disney Animation Studios graced the public and skyrocketed the House of Mouse into a new era of cinematic storytelling. But let’s be clear. Tangled is the flame that started the new era, which includes

BUT The Princess and the Frog is the spark that lit the flame. Maybe that’s another post for another time.

I remember seeing the teaser trailer for Tangled and thinking, Disney had used up all of their princesses, and I am glad I was wrong. It had that quick wit, fun romantic comedy feel. The next trailer showed the hair glowing in one of the shots, and I realized this might be something special. I watched the film finally, and the opening narration, complete with the charismatic and enchanting voice of Zachary Levi as Flynn Rider, had me sold. Then you add the score by Disney musical legend Alan Menken and memorable songs like When Will My Life Begin, I Have a Dream, and I See the Light, and there it is; a Disney classic.

This film perfectly captures the magic and wonder of the classic movies we all grew up with. I was a fan of Zachary Levi from Chuck, and what a wonderful surprise to know he has a marvelous singing voice. Flynn Rider has that whimsical and mischievous charm worthy of Jack Sparrow and Errol Flynn, which is ironic since he then went on to play one of the warriors three—Fandral the Dashing— in the Thor franchise. Flynn is a thief who scores big and double-crosses his cohorts, who sound just a tad bit (wink wink ) like Hellboy (Ron Perlman). He ends up hiding away in a tower only to come face to face with a wide-eyed, socially inept, and winner of the Guinness book of world record for longest hair, Rapunzel.

There is a reason for all of this, and that is the crux of the story.

Mandy Moore was cast perfectly in this role. Her voice is full of warmth and infectious spirit. Despite her upbringing, Rapunzel is the embodiment of how to perfectly social distance and makes use of her time. She sees the beauty in all things and learns quickly that the world can be a dangerous place. The follow-up television series (which is a MUST SEE) shows Rapunzel in her queen in training, getting to see the world outside the kingdom of Corona. She continues to help others see the best versions of themselves even when other dark forces try to break her.

According to Mandy Moore:

Rapunzel doesn’t know she’s a princess until the end of the film. She’s really sort of motivated to find out what else is out there beyond this crazy tower she’s lived in for 18 years.” “She’s very independent, she can take care of herself, and she’s definitely come up with really entertaining ways to keep herself busy.

It shows throughout the film for sure, and her eclectic personality plays a big part in the television series. I particularly enjoy the amount of effort that went into the animation. The hair movements, how it interacts with the environment and other characters so seamlessly is movie magic on another level. The film was originally supposed to be in a traditional 2D format akin to the oil paintings style, but the studio would only approve the movie if they went the 3D route. I can only imagine what that would have been like. No doubt it would have been nothing short of spectacular and cinematic.

The look of the hair was done by years of research thanks to software engineer Kelly Ward and using techniques from the 2008 flick Bolt to capture the length of the hair and how it would react to elements like water. I think they pulled it off. It also baffles me how the acting in the film is so stellar. Usually, on most films, the main cast record their lines separately due to the availability of the performers. I always assumed everyone was together. However, Moore and Levi managed to perform the Oscar-nominated song I See The Light together, and you sense the power of that moment. I applaud anyone willing to give a riveting performance without seeing a partner nearby to work with. It is so seamless when you witness the finished product.

RELATED: Why Helga Sinclair Steals the Show in Disney’s Atlantis

It was a joy to re-watch this film. The songs in the film and television series are timeless, and the world expands beyond the sundrop you will not see coming. It has helped me see the light in more ways than one during this COVID time.

I highly doubt Rapunzel has read the works of Lemony Snicket, but I feel this quote has resonated with her since her time outside the tower.

At times the world can seem an unfriendly and sinister place, but believe us when we say that there is much more good in it than bad All you have to do is look hard enough. What might seem to be a series of unfortunate events may, in fact, be the first steps of a journey.