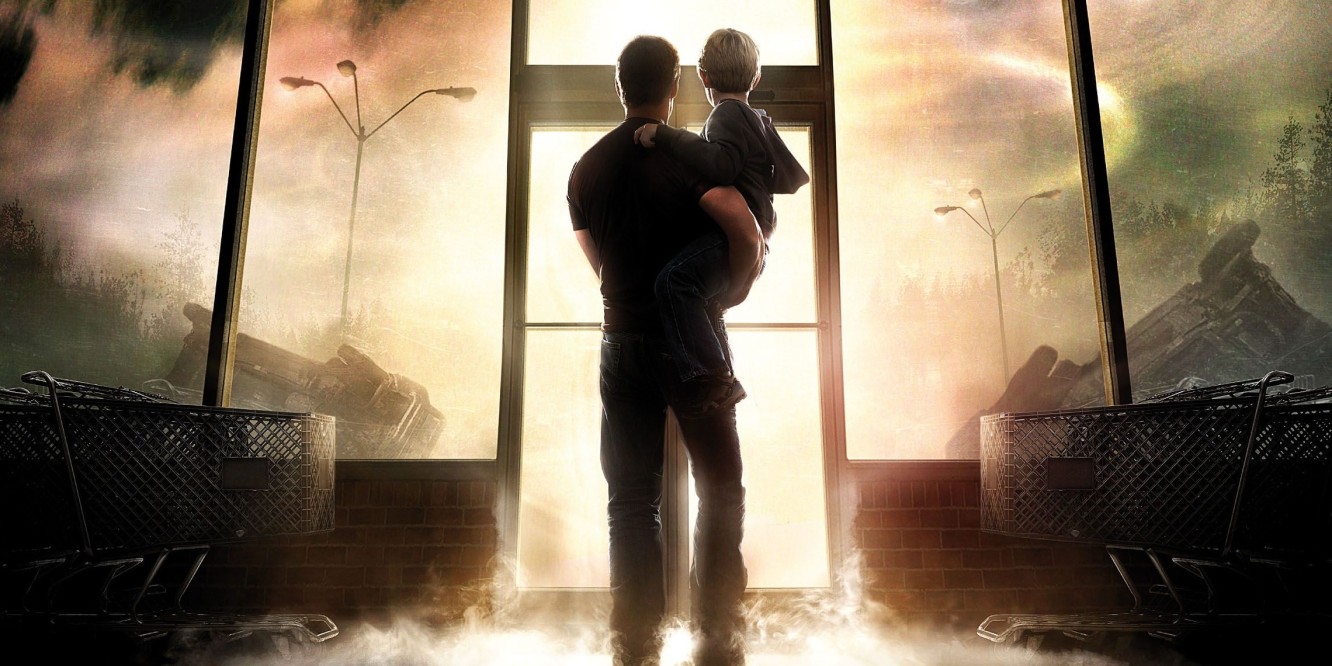 I became aware of The Mist thanks to actor, musician, and part-time Sith Sam Witwer in 2008, which was a great year for Witwer since he played Davis Bloome, aka Doomsday, in the eighth season of Smallville. He also voiced and performed motion capture for Starkiller in the video game Star Wars: Force Unleashed. Around that time, he gave an interview about how he got the role of the ill-fated soldier Wayne Jessup in The Mist, based on the 1980 Stephen King novella. I knew of Stephen King as a highly respected author all over the world. I wasn’t aware, however, of how good he was at writing horror and wasn’t prepared for the sleepless nights following my first viewing of the film.

The chilling tale of The Mist begins with artist David Drayton (Thomas Jane) and his son Billy heading to a nearby supermarket to buy supplies after a severe thunderstorm. They notice a heavy mist starting to blanket the town from the lake. Initially, the mist doesn’t seem too threatening, except for the police cars racing by and a frantic civilian yelling about monsters lurking in the mist.

As the mist envelopes the store trapping a large group of people inside, things start to take a turn when everyone becomes restless and naturally starts demanding answers to their predicament. One of the store employees, Norm, tries to fix the store generator and is taken away by sharp clawed tentacles. The people in the store start to barricade the windows to prevent further intrusions as it becomes more apparent the mist is hiding some dangerous monsters. A concerned mother takes her chances in the mist to reunite with her children. Mrs. Carmody, a religious fanatic, starts stirring up trouble and preaching about the end of the world, and she convinces several people to embrace her zealotry.

RELATED: The Conjuring: The Birth of a Cinematic Universe

Things escalate further when David’s neighbor, Brent, dies trying to make a run to a refuge. Soon flying insects swarm the outside of the store. I started shivering in my blankets when the film revealed the pterodactyl-like creatures feasting on the insects. This event inadvertently causes the windows to break, wreaking havoc in the store. Billy’s kind babysitter is killed after a nasty bite from one of the creatures, and it was too gruesome to watch while another person is burned alive trying to kill the insects. Carmody is spared, and her agenda ignites among the survivors, leading to even more tension as the group splinters apart.

Tired of being afraid and knowing time is running out, David and some volunteers go to a nearby pharmacy to get supplies. The gang encountered spiders, which killed two members of the group. In a shocking plot twist, Sam Whitwer’s character Jessup reveals that a government experiment to discover other realms unleashed the mist and the monsters. Carmody’s reach is at an apex, and she uses the reveal as an excuse to cement her power. She convinces her followers to offer Jessup as a living sacrifice. I have to note Whitwer’s performance during Jessup’s death scene, as his wails of terror were absolutely spine-tingling.

Things reach an impasse when Carmody prevents David, Billy, and other survivors from leaving. A fellow store employee Ollie heroically ends Carmody’s life with a revolver as her reign ends. Ollie flees the store with David, Billy, and a small handful of other survivors. David brings the group to his house only to discover it’s destroyed and his wife is dead. Eventually, the car runs out of gas, and the survivors encounter a creature akin to a kaiju passing over them. David realizes all hope is lost, and suicide is the last resort. He mercy-kills the survivors in the car with him, including his son. He is ready to be killed by the monsters before the mist dissipates and the Calvary arrives to remedy the situation. David killed the others for no reason and was seconds away from being rescued. The kicker is that the woman who fled the store earlier to see her kids had survived and reunited with her family. The film ends with David’s distraught realization as he wails in despair.

Frank Darabont exceeded all expectations in the adaptation of Stephen King’s novella. He’s had quite the practice of adapting King’s work for the silver screen, as he also directed The Green Mile and Shawshank Redemption. Darabont faithfully retained the horrific atmosphere of The Mist presented in King’s novella, though he did conceive a new and darker ending for the film than what was in the book. He heightened the element of fear and highlighted how fear compelled different people to behave differently. The Mist asks the question “How primitive are people willing to get?”

I won’t say much else because this film was terrifying, from the design of the creatures to the evil nature of human beings turning on each other in the name of survival. It is safe to say I will never watch this film again.

However, I will praise Thomas Jane for being a great leading man, Andre Braugher, Sam Witwer, Alexa Davalos, William Sadler, Marcia Gay Harden, Laurie Holden, and Toby Jones for the stellar performances. They sold the nightmare of my 2000s with this film. I say this with all sincerity. This film was so well adapted. I think there is something to be said about the horrors of human nature. I guess in this post-2020 era, that feeling is all too real.