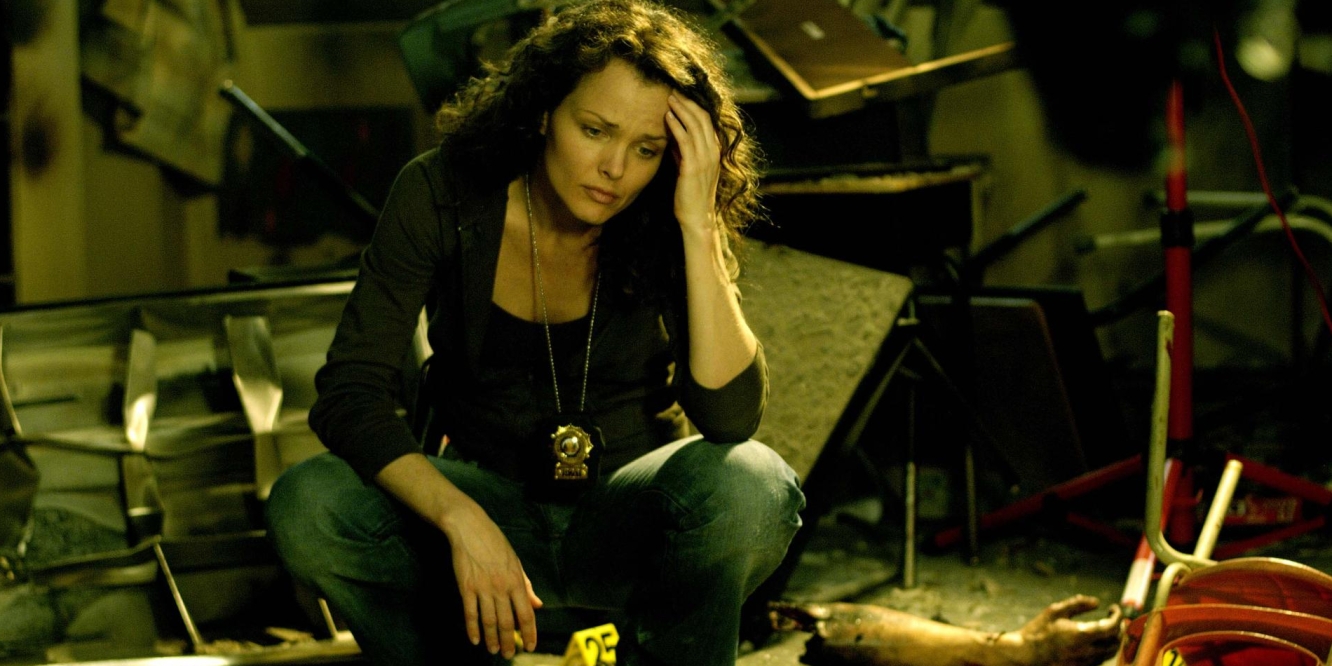 The Saw franchise features several characters and protagonists, from David Tapp to Daniel Rigg to Peter Strahm, who seemed to be at the height of consequential story arcs before they were cruelly and gruesomely dispatched by the Jigsaw Killer and his many secret apprentices. It’s no surprise when main characters die almost as quickly as they are introduced in the horror genre, especially in a film series as death-obsessed and blood-thirsty as the Saw franchise, but sometimes those deaths carry significant weight in the story.

I could write dozens of articles about characters I had the misfortune of getting attached to before their untimely demises in the series, and who knows–maybe I will in the future. But the character I wanted to see the most from, and the one I will be writing about today, is Jigsaw expert Allison Kerry.

Played by Dina Meyer (Starship Troopers, Star Trek: Nemesis), Detective Allison Kerry appeared as a supporting character in the first three Saw movies. Kerry dedicated herself to solving the series of bloody murders committed by the Jigsaw Killer, to the point where she becomes a workaholic and loses all contact with her family. Her drive to solve the murders paints her as a worthy adversary to Jigsaw, and it’s not long before Kerry develops an almost intimate understanding of the Jigsaw Killer’s mind and Motus operandi. While she only appeared in a few scenes of the first Saw movie, Kerry returns in the sequel, Saw II, when she works alongside her former partner Eric Matthews after his son is kidnapped and placed into one of Jigsaw’s twisted games.

Saw II follows Kerry and Matthews as they face Jigsaw, whose real identity is cancer patient John Kramer. While Matthews interrogates Kramer, at Kramer’s own request, Kerry monitors the surveillance screens showing one of Jigsaw’s most recent games, involving Matthews’ son and Jigsaw survivor (and secret apprentice) Amanda Young. While Kerry plays an active role in the film, I would’ve liked to see her have at least one conversation with John Kramer.

Since day one, Kerry’s worked on the Jigsaw murders, and I wanted to see more of a rivalry between the two characters. Kerry matching wits with Kramer makes sense, as she’s been trying to uncover his identity for a few years and has devoted her career to solving his bloody crimes. I have no doubt Kramer is aware of Kerry’s intelligence, and I wished one of the Saw movies would’ve pitted the two in an intellectual battle of wills.

In Saw III, Kerry feels guilty after Matthews goes missing and Kramer escapes from the law with help from Amanda Young. Saw III shows Kerry at her breaking point. She’s exhausted from all the death she finds herself surrounded by, and she’s shaken over the disappearance of Matthews and the revelation of his corruption within the police force. The previous film implies Matthews and Kerry had an affair at one point before going their separate ways, and his disappearance weighs heavily on her. She’s suffered loss after loss and has outlived several of her colleagues, but Matthews hits the hardest.

Nevertheless, Kerry is a professional, and she forces herself to put her feelings aside and continue working on the case.

While investigating the scene of a recent Jigsaw victim, Kerry realizes Kramer isn’t working alone, but she doesn’t yet know about Amanda being the secret apprentice. It seemed that Saw III would push Kerry to the forefront of the plot, but only fifteen minutes into the film, Kerry is abducted by a Jigsaw apprentice and placed in the horrific Angel Trap.

Suspended in the air by two chains, Kerry discovers a harness consisting of twelve metal brackets hooked into her rib cage. Jigsaw appears on the TV screen in front of her and reveals Kerry’s being tested because she was obsessed with work and grew disconnected from the world of the living. Jigsaw informs Kerry she’ll need to retrieve a key submerged in a beaker of acid in front of her. Like a true badass, Kerry plunges her hand into the acid, and while it takes a few tries, she successfully retrieves the key.

Unfortunately for Kerry, Amanda Young designed the Angel Trap and didn’t share Kramer’s beliefs that everyone in his traps deserved a chance at survival. She purposefully created the trap so it wouldn’t release Kerry, and the determined detective discovers this seconds before the timer expires. Just before her death, Kerry looks up and sees Amanda enter the room, but it’s too late for Kerry, and she’s killed when the timer expires, and the trap tears her ribcage apart.

Kerry was a hard-working detective who dedicated most of her life to solving gruesome crimes, and I easily could’ve seen her emerge from the series as the main protagonist and someone who could face off against Kramer. She was also one of the few decent characters in the franchise who didn’t deserve her test at Amanda’s hands. I would’ve loved to see Kerry return for a few more films and work on uncovering the identities of Jigsaw’s other secret apprentices.

Alas, Allison Kerry was cut down too soon, and while I was sad to see her go, she remains one of my favorite characters of the franchise and a worthy opponent to John Kramer.

KEEP READING: Child’s Play and the Messed Up Fate of Alice Pierce

Who’s your favorite Saw character? Let me know in the comments and check out my website for all things horror and pop culture. Stay nerdy!