In 1999, Canadian audiences got their first glimpse into the halls of Redwall Abbey—a large, red sandstone Abbey that serves as a sanctuary and beacon of peace for the animals of Mossflower Woods. The animated television series, which ran from 1999 to 2002, is an adaptation of the beloved children’s series written by English writer Brian Jacques. Known for its underdog heroes, vicious and cruel villains, and decadent feasts of glorious proportions, the Redwall book series includes 22 titles for older children, two picture books, and a cookbook with all of the delicious recipes of the food the Redwallers feast upon.

The animated television series ran for three seasons and was adapted from three books, Redwall, Mattimeo, and the Redwall prequel, Martin the Warrior. While the series is a faithful adaptation of the books, some of the violence is toned down, new characters were added, and new backstories were created for key players. Among these is an expanded—and tragic—backstory for Matthias, a brave little mouse who’s the hero of Redwall and Mattimeo.

Matthias In The Books 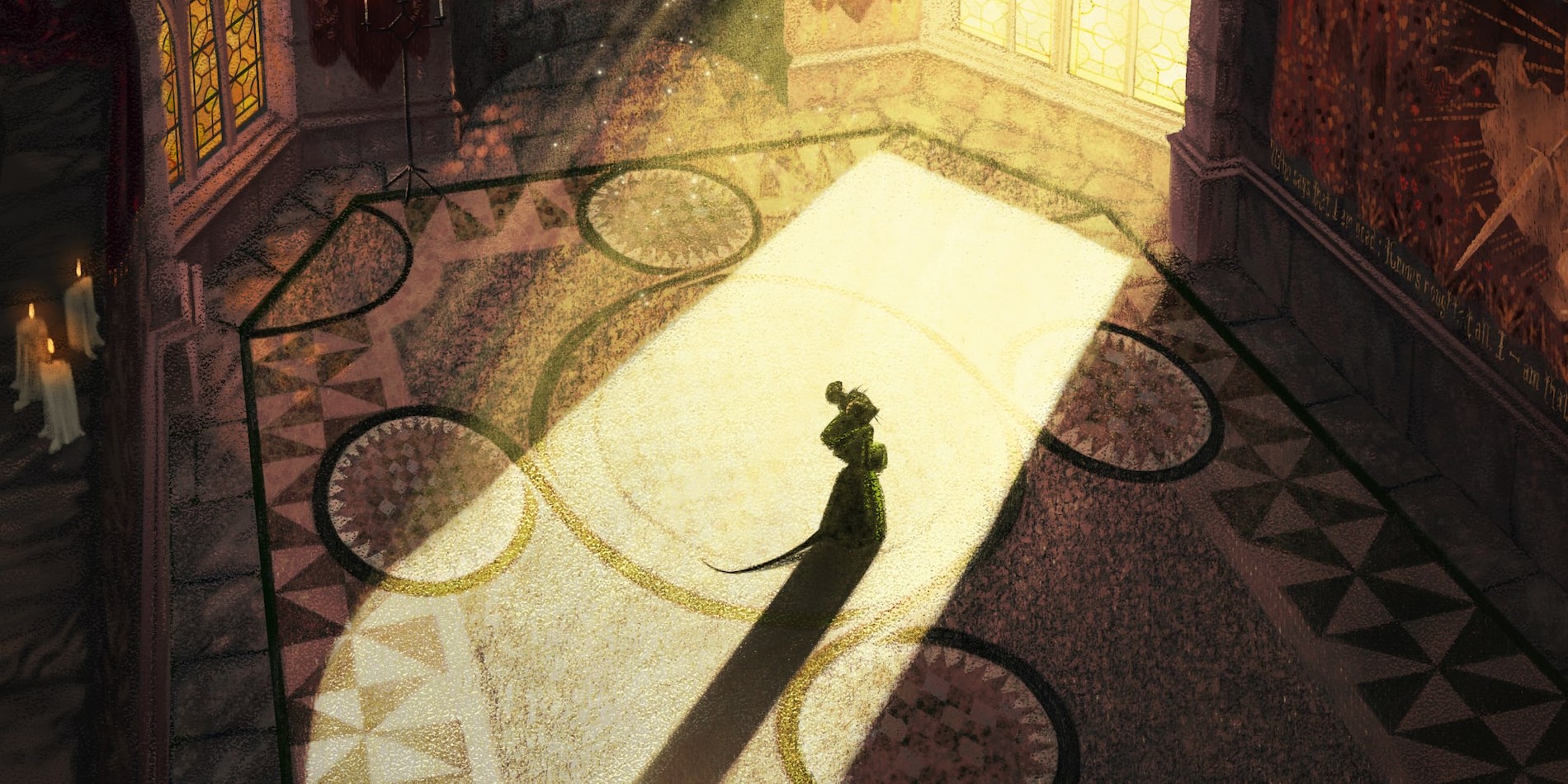 In Redwall, Matthias is a kindly if slightly awkward young mouse who lives at at the Abbey and spends his time tripping over his large sandals and generally bringing much amusement (and exasperation) to Abbey’s elders. He’s well-meaning but prone to accidents and daydreaming. However, when the giant sea rat Cluny the Scourge and his horde of 500 rats threaten Redwall and the surrounding Mossflower Woods, Matthias steps forward as an enthusiastic and strategic leader, impressing everyone with his inner strength and calmness in the face of near-certain defeat. The book follows Matthias as he leads the defense of Redwall and learns that the spirit of Martin the Warrior, the founder of the Abbey, lives within him.

Not many details are revealed about the young mouse’s past, except that he came to the Abbey as an orphan and was welcomed into Redwall’s halls by Abbot Mortimer, the kindly and long-serving leader of the peaceful order.

Matthias In The Redwall Television Series 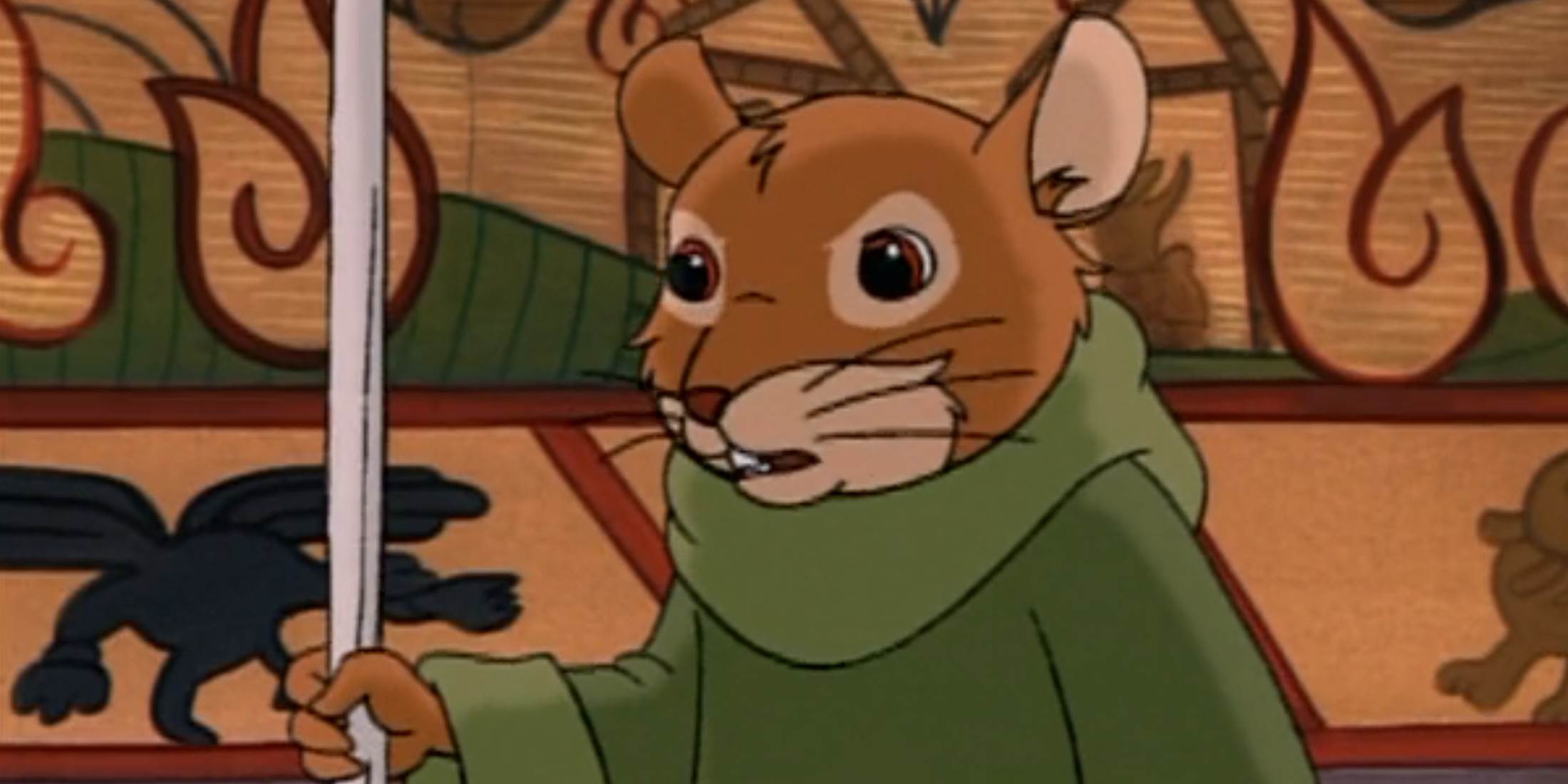 The Redwall television series doesn’t deviate from the characterization of Mattias, who’s slightly younger than he is in the books, but it does add a complicated and tragic backstory that ties the mouse with Cluny the Scourge.

In the television series, flashbacks reveal that Matthias and his family lived in a poor, rundown village which Cluny and his horde attack. In the fire and chaos, everyone except Matthias and his older sister, Myrtle, is killed. As Cluny terrorizes Matthias and advances on the frightened mouse, a flaming wood beam crashes into Cluny’s path, and Myrtle grabs her younger brother and uses the opportunity to make her escape.

Their journey through the snow and lonely forest is perilous and long. After falling through the ice and escaping a cat, the exhausted mice encounter a snake called Asmodeus. With Matthias strapped to her back, Myrtle flees through the fields but collapses near a pond just on the outskirts of Redwall Abbey. Constance the Badger and Abbot Mortimer find the pair and bring them into the safety of Redwall’s halls. Tragically, Mrytle dies from exhaustion, and Matthias later visits her gravestone after he recovers from the ordeal.

It’s a bit of backstory that connects Matthias and Cluny and makes the young mouse’s journey and subsequent battle with Cluny even more personal.

Have you seen the Redwall television series? Are you excited for Netflix’s upcoming adaptations? Let me know in the comments and check out my website for all things pop culture. Stay nerdy!