The women of the James Bond franchise are equally as iconic as its titular sexy and sophisticated secret agent. I’ve written before about the Bond Girls who accompany 007 in his most dangerous missions across the world, so the this is the first post in a series dedicated strictly to the evil ladies who help make the franchise memorable. From the stern and severe Rosa Klebb to the sexy and dangerous Xenia Onatopp, Bond’s matched wits against some of the wickedest ladies of the spy action genre. One of the earliest examples, and one of the most iconic femme fatales of the franchise, is Fiona Volpe, an assassin and secondary antagonist of the 1965’s Thunderball, the fourth film in the James Bond series.

“But of course, I forgot your ego, Mr. Bond. James Bond, the one where he has to make love to a woman, and she starts to hear heavenly choirs singing. She repents and turns to the side of right and virtue… but not this one!”

Fiona Volpe is as dangerous as they come. Beneath her stunningly beautiful exterior lies an icy and calculated vixen. Dressed in only the finest of outfits and adorned with the most expensive jewelry, Fiona is aware of her natural gifts and uses them to her advantage, luring men into a false sense of security and distracting them with carnal desires. As an assassin for the terrorist organization SPECTRE, Fiona takes her work of death-dealing and subterfuge very seriously.

In the film, Fiona becomes NATO pilot Major Francois Derval’s mistress so she can steal a Vulcan bomber and the two atomic bombs it carries on behalf of SPECTRE. She confidently takes command of the mission and executes it to the best of her abilities, tricking and bedding Derval before he’s killed by Angelo Palazzi, one of the co-conspirators of the plot. Hired by Count Lippe to pose as the pilot,  Palazzi  causes a stir when he demands more payment. Fiona calmly accepts the new arrangement, knowing full well the man just signed his own death sentence.  On successful completion of the mission, Fiona kills Count Lippe for hiring the greedy Palazzi with a missile launcher on her BSA Lightning A65L motorcycle.

Bond encounters the flamed-haired beauty while hitchhiking in the Bahamas. When Fiona offers a car ride to Bond,  she eyes him as a predator would their prey, smiling slyly and cryptically answering his questions. She enjoys the game almost as much as the kill itself and instructs Bond to fasten his seatbelt as she prepares to take him on the ride of his life. Bond realizes just how deadly this woman is when he notices the SPECTRE insignia on her ring. As he squirms in obvious unease, she accelerates until her car veers dangerously off the road, but she is in control the entire time, savoring Bond’s discomfort and enjoying the thrill of danger.

She can shoot just as well as she can drive, and she easily matches wits with the film’s central villain, Emilio Largo, who initially bungles Bond’s assassination. “I will kill Bond,” she says after criticizing him for his failure.  Utilizing her power of seduction, she sleeps with 007 after seducing him in her bathtub, and allowing him to believe he was in control of the situation. When her goons ambush them as they prepare to leave their hotel, Fiona reveals her true intentions, taking Bond captive and laughing at his attempts to belittle her. When Bond escapes her clutches, Fiona gives chase, tracking him to a nearby club and dancing with him as one of her henchmen aims at gun at him.

Unfortunately, Fiona underestimates Bond, who quickly catches on and spins her right into the path of the oncoming bullet, which kills her instantly. Her henchmen flee and Bond drops her corpse in a nearby chair, quipping to the couple at the table “Mind if my friend sits here? She’s just dead.”

Though she’s not successful in killing Bond, and her reign of terror is short-lived, Fiona commands attention whenever she’s on-screen. Deadly, mysterious, and seductive, she is the epitome of the Bond villainess and set a precedent for many evil Bond women to follow. 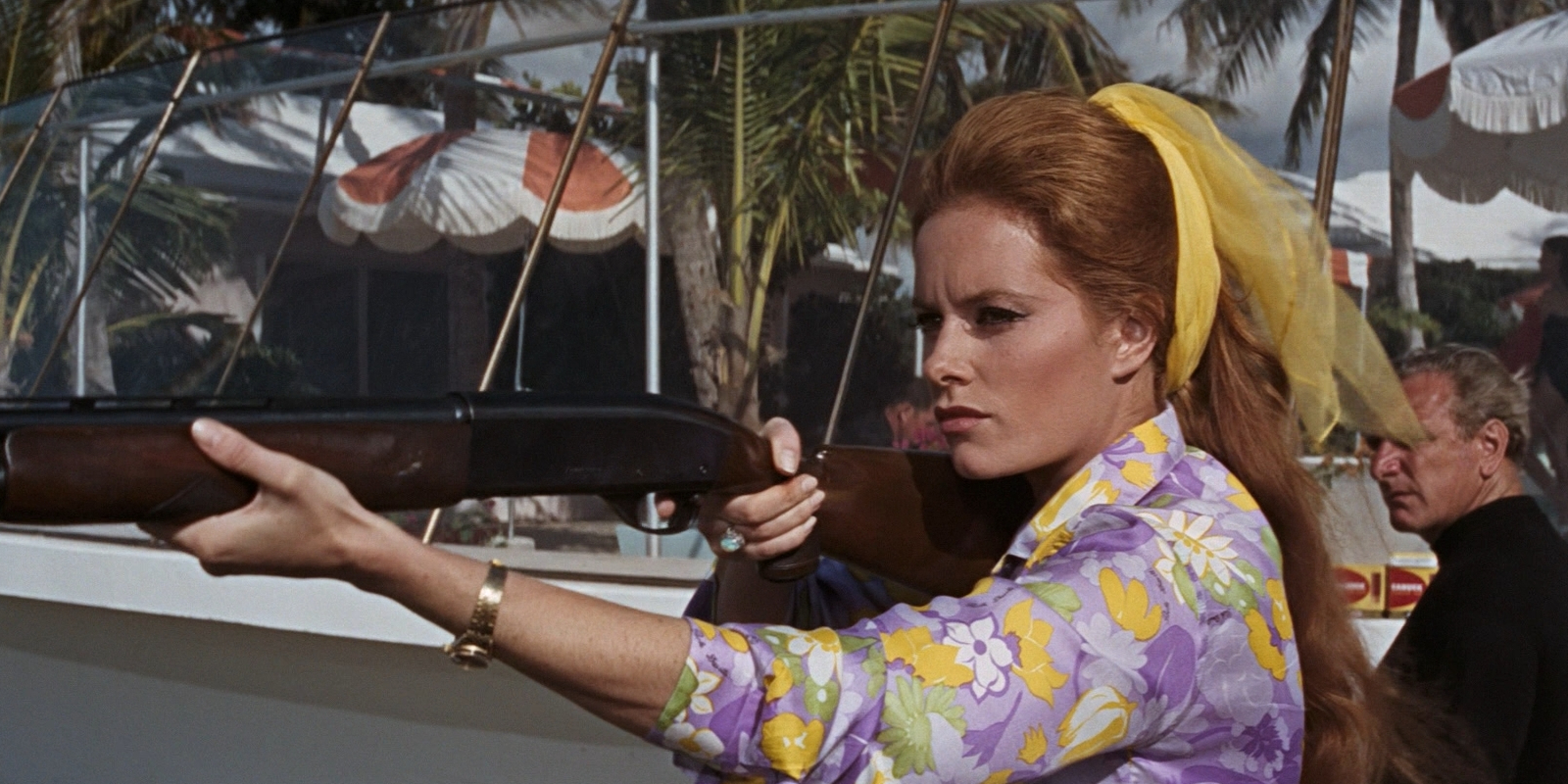 Aside from henchwoman Miss Taro’s brief role in 1962’s Dr. No, Fiona is often described as the franchise’s first femme fatale and boasted more screen time than From Russia With Love‘s Rosa Klebb. It was a role even Fiona’s actress, Luciana Paluzzi Solomon, did not expect. Solomon originally auditioned for the leading role of Bond Girl, Domino Derval, but the part went to French actress and model Claudine Auger. Solomon was excited when the filmmakers offered her the part of the film’s villain. In an interview with News and Movies Radio, she said when she was offered the role of Volpe, she rejoiced.

“Actually, I thought that (the role of the villain) was more fun to play,” she said. “You couldn’t just play a villain. You had to play a Bond villain and be really nasty.”

Let me know in the comments which evil lady you like from the James Bond series and check out my website for all things pop culture.

If you want to support the site, check out our Ko-fi page and feel free to leave a tip! Your support and readership is appreciated and helps us make even more content. Thank you and stay nerdy!

Keep Reading: Why Helga Sinclair is the Coolest Villain in Disney’s Atlantis: The Lost Empire